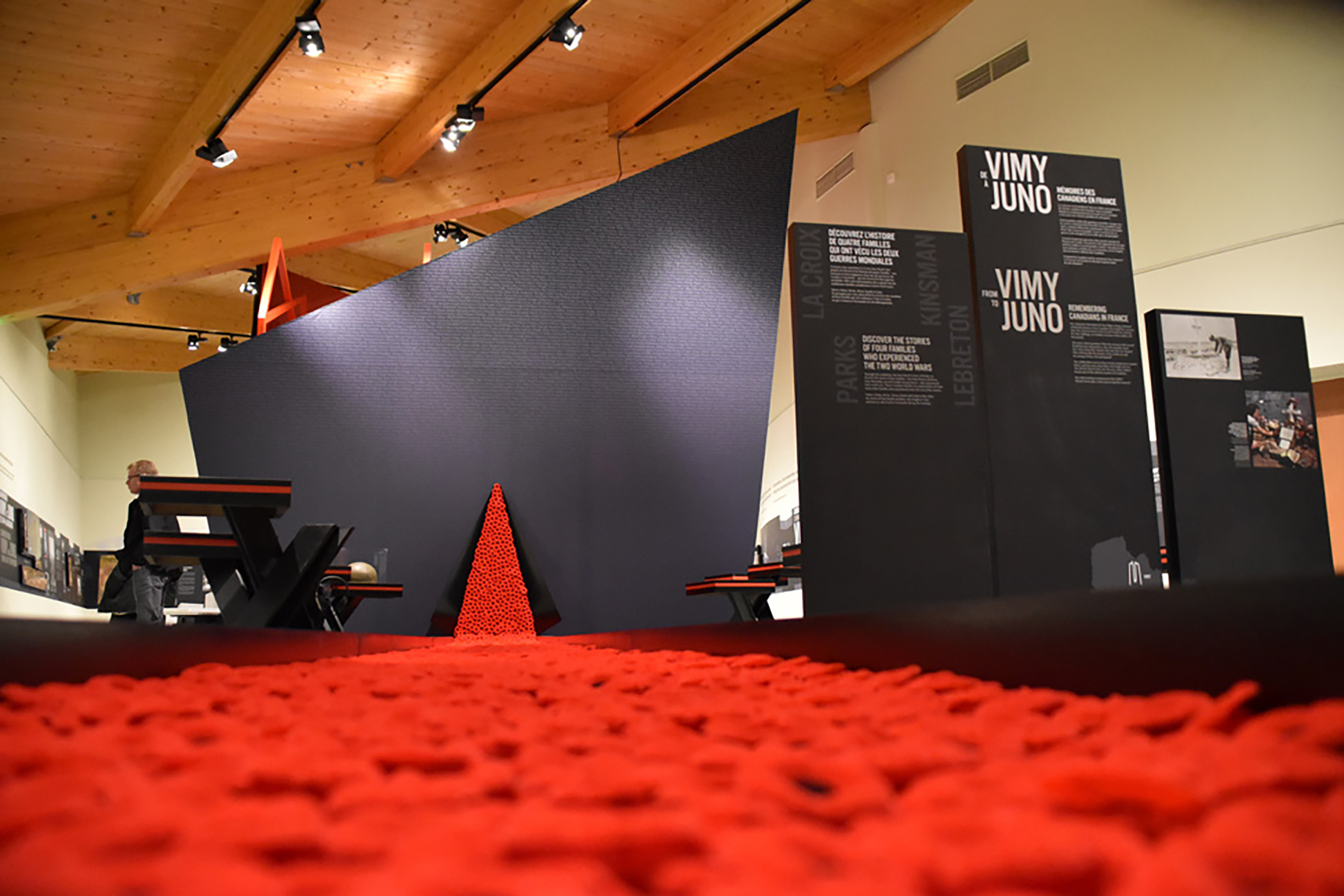 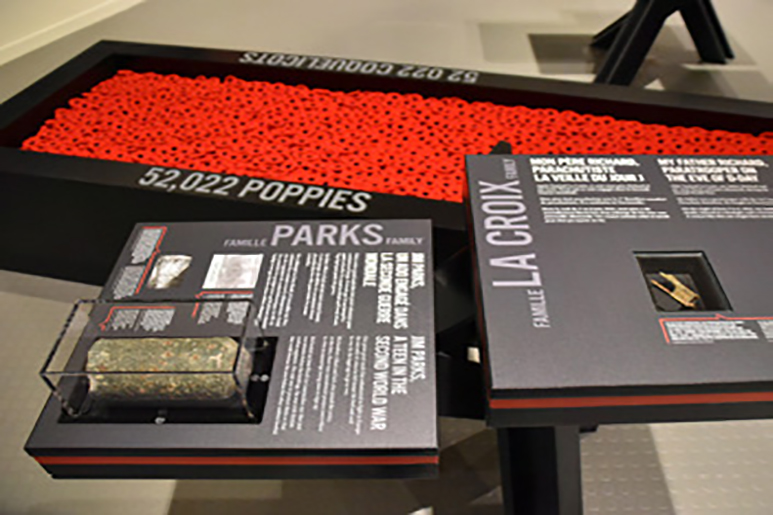 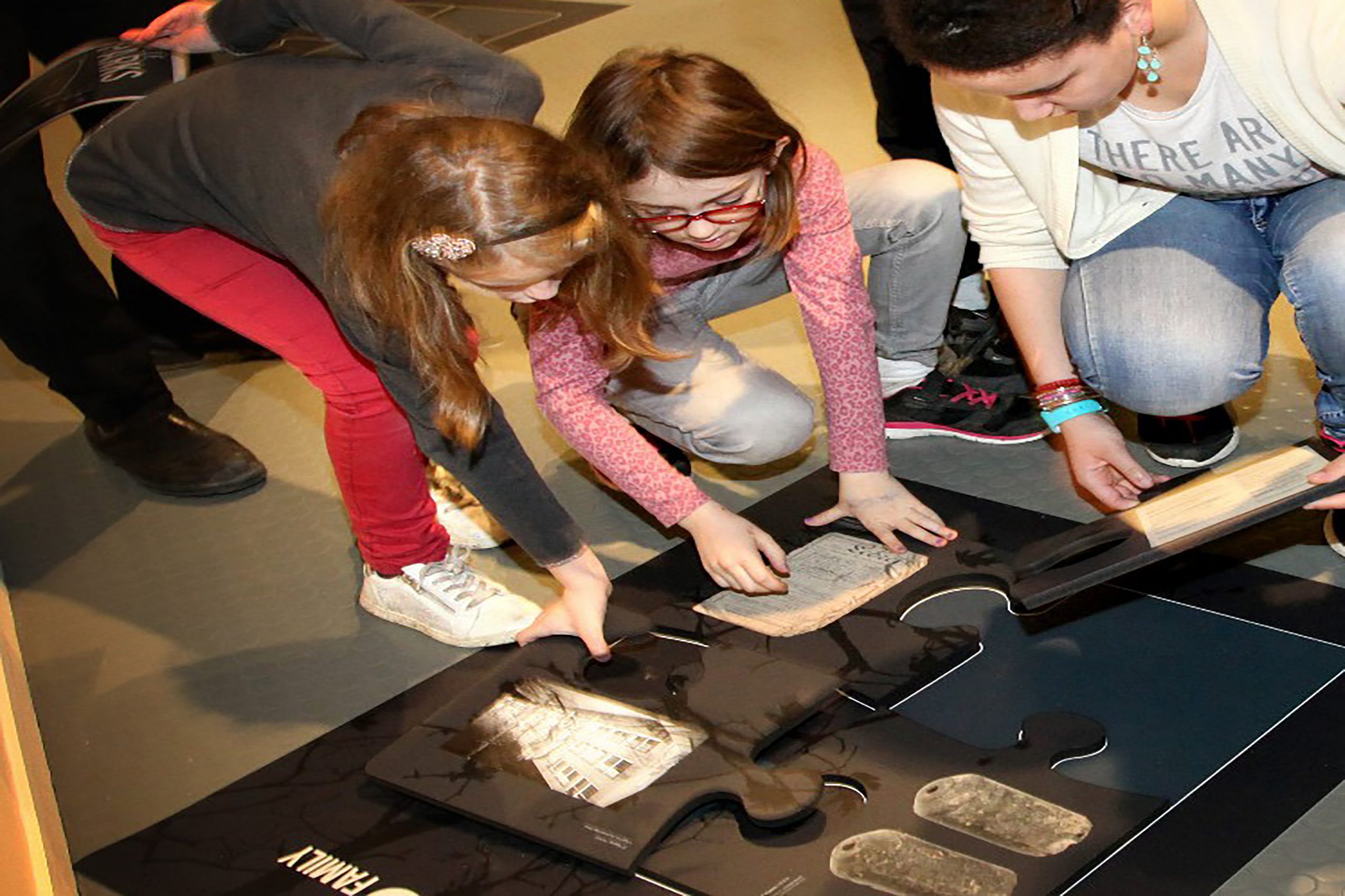 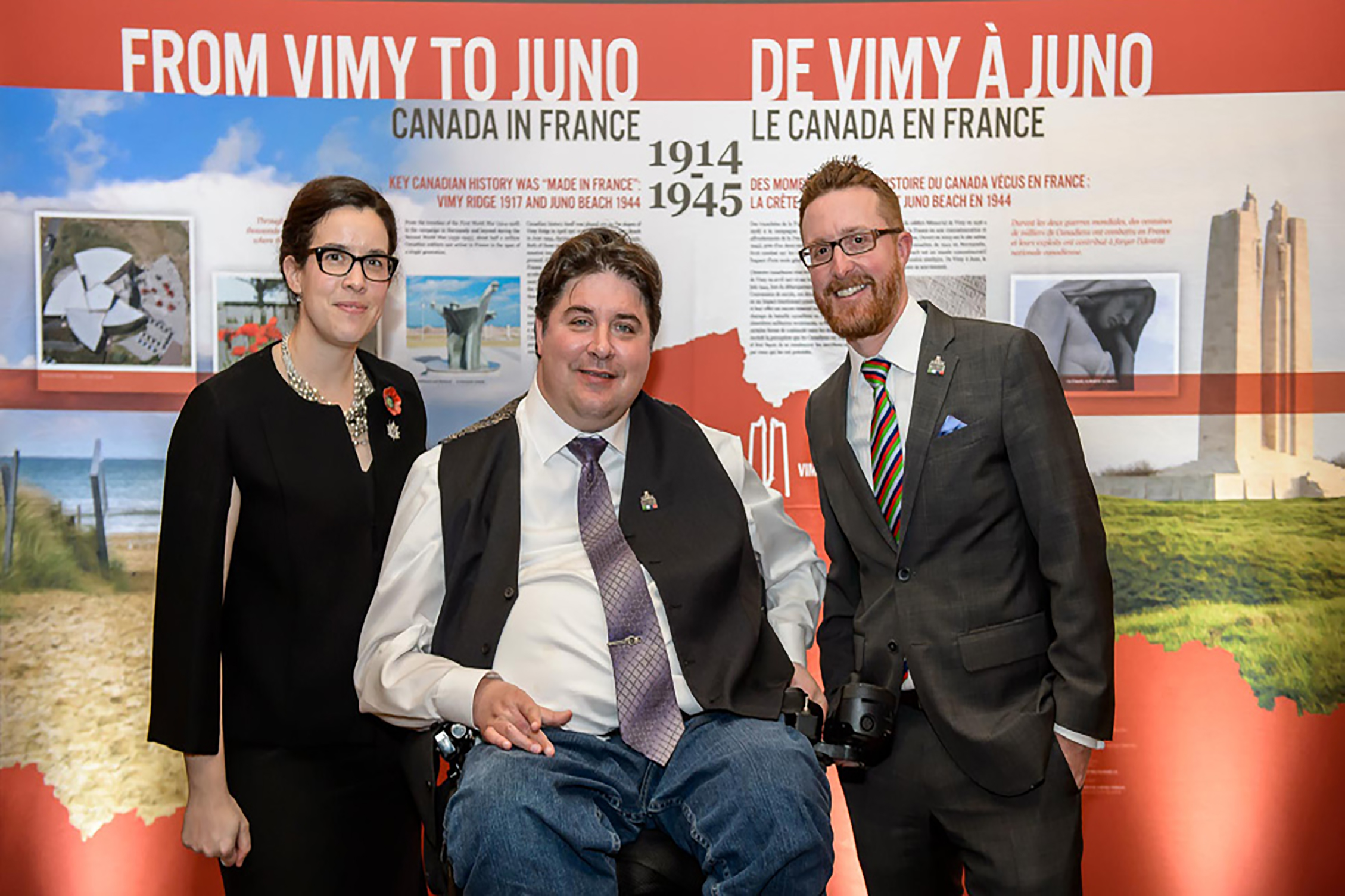 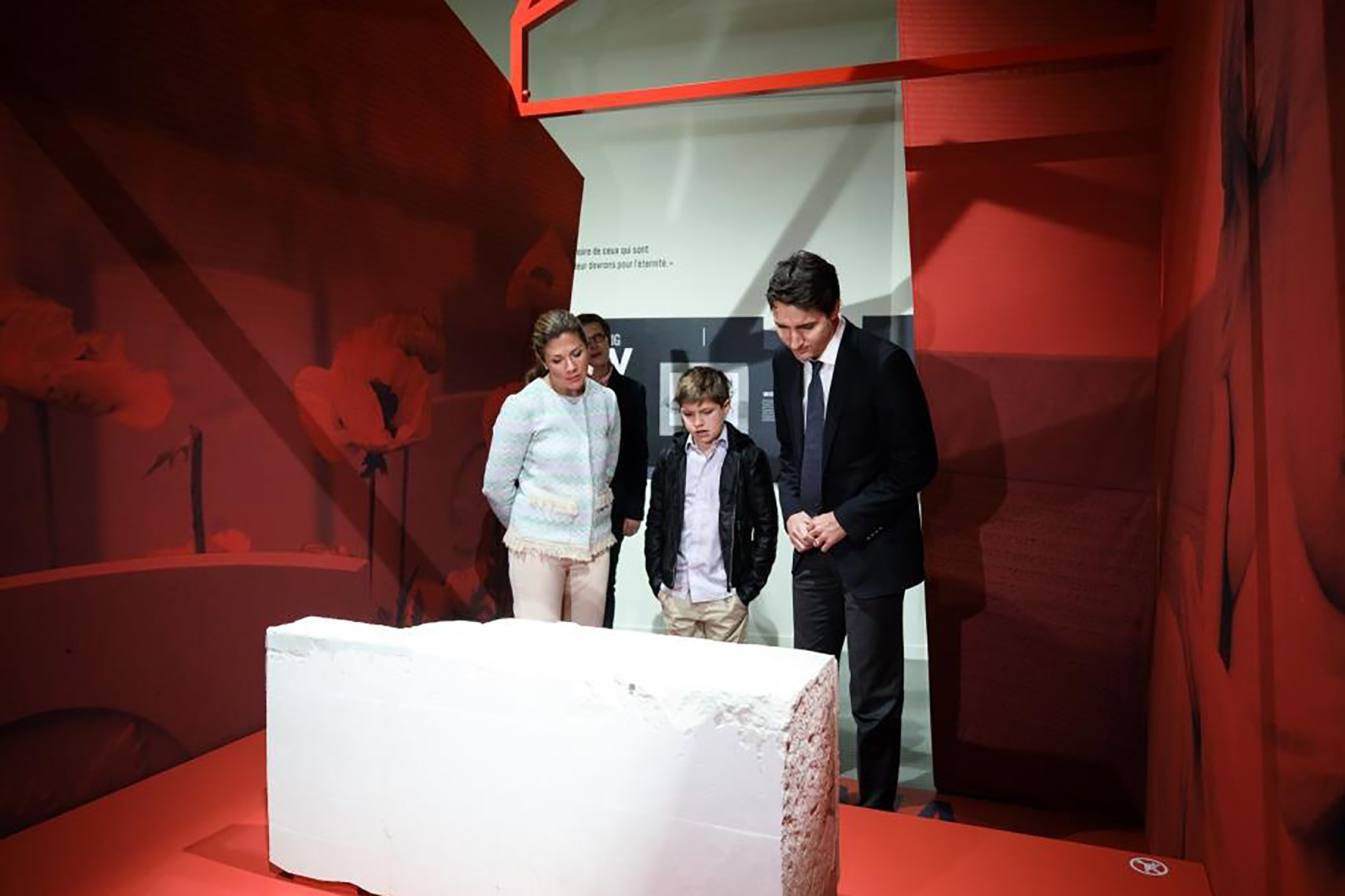 From Vimy to Juno: Remembering Canadians in France

To mark the 100th anniversary of the Battle of Vimy Ridge, the Juno Beach Centre chose Merlicht to develop a turnkey exhibition on Canada’s presence in France since the First World War and the ways we commemorate Canada’s contributions to the global conflicts.

At the outcome of a lengthy selection process, Merlicht orchestrated every project step by creating the wealth of content featured in this moving and captivating exhibition. The challenge was tremendous not only in terms of the complexity of the themes to be addressed in a very tight timeframe but also because expectations were very high, since the previous exhibition at the Juno Beach Centre (Grandma, What was it Like During the War?) designed and produced by Merlicht a few years earlier broke the centre’s attendance records.

From Vimy to Juno focuses on a central volume that evokes commemorative monuments and specifically the Vimy monument building site on which the names of the soldiers killed in the world wars and laid to rest in France are inscribed. At the heart of the piece is a fragment from the Vimy monument that is enhanced by the carefully selected lighting system. From there, a stream of 52 022 poppies—one for every Canadian who perished in the conflicts—severs the black and white exhibition hall like a bleeding scar.

Encircling the hall is a long mural chronicling the key events from the First World War to today to emphasize how we celebrate our heroes. Images, artifacts from private collections and works of art support the content.

Triptychs, whose design recalls the antitank defences used on the landing beaches, are placed throughout the hall to recount the story of the French and Canadian soldiers who, exceptionally, fought in both world wars and the ways in which their descendants honour them today. Like the mural elements, the triptychs support the educational program, which is shared through means including a digital app and participative puzzles. The soundscape follows the exhibition’s narrative line, and historical videos punctuate the visit.

The exhibition was entirely pre-assembled in our Montréal workshops and shipped by sea container to France, where it was set up by a French and Canadian team coordinated by Merlicht in only four days, including the installation of artifacts and lighting adjustments.